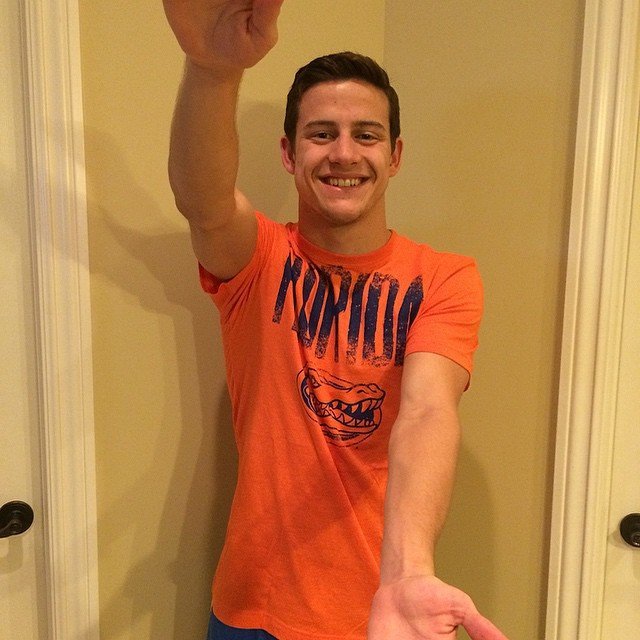 Swimming in the state of Nebraska has been on an upward slope since Omaha began hosting the U.S. Olympic Trials in 2008, and this year’s class. The tip of the spear in this year’s class is Brennan Balogh, who has verbally committed to the Florida Gators.

In yards, his bests are:

He’s a perfect fit for what the Gators are best known for: backstroker/IM’ers (Ryan Lochte, Elizabeth Beisel). Balogh’s times, two years out, are already good enough to have scored at the SEC Championships last year in both the 200 back and 400 IM – and the 200 back would’ve put him in the B Final as well.

Balogh is ranked as the 16th-best American recruit in the boys’ high school class of 2015.

At 5’10” and 150 pounds according to his berecruited profile, Balogh has gotten impressive times out of a smaller stature – much like Lochte did for so many years with the Gators.

As an 11-12 in the 2008-2009 season, the one just after Omaha hosted the trials, Balogh broke an astonishing 19 Midwestern Swimming LSC Records in the 11-12 age group, and shared the LSC’s Swimmer of the Year award with last year’s top recruit in the state – Molacek. His older sister Blake is currently a junior at Boise State, where his sister Brooke swam as well.

Balogh is one of three highly-rated recruits out of the state this year, along with twin brothers Sean and Ryan Tate, who were all of about the right age to be heavily influenced by the excitement of those first trials in the state.

Great fit for a hard working swimmer with big aspirations. Excited to watch him thrive in a team atmosphere hit that next level. 2016, 2020, and beyond.