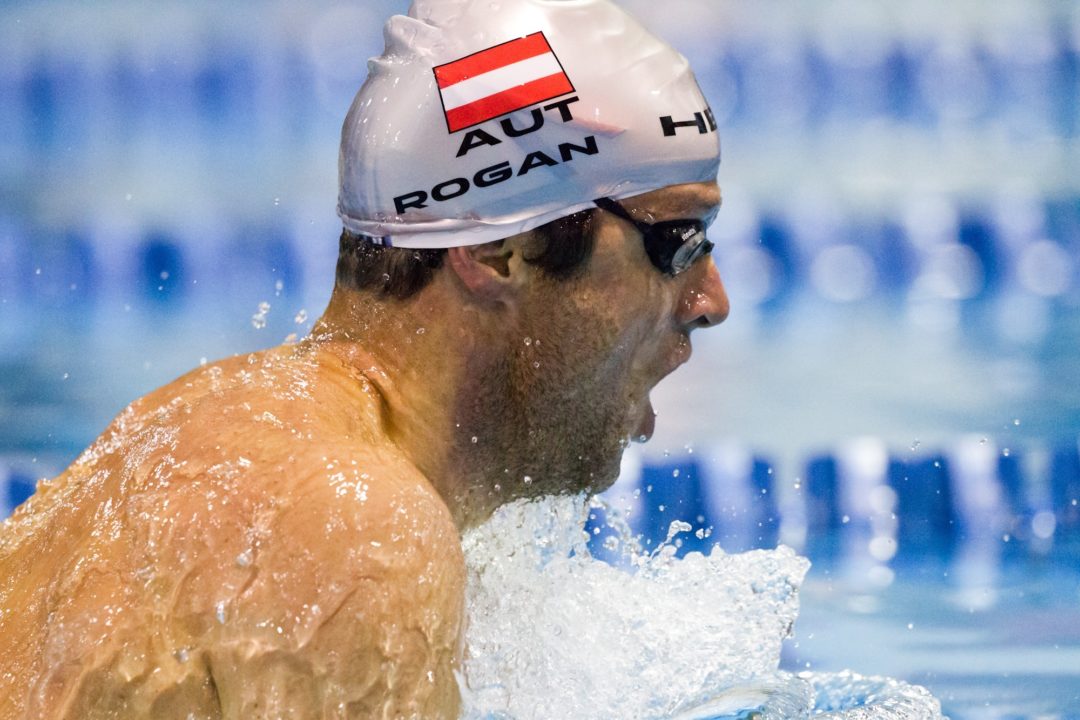 Austria's Markus Rogan is one of 15 swimmers who will be Olympic flag-bearers. (Photo Courtesy: ©Tim Binning/TheSwimPictures.com)

When the Parade of Nations goes off on Friday evening in London, the swimmers will be a focal point of the ceremony as all willing Olympic athletes will march around the Olynmpic stadium, in matching garb, behind the banners of their respective nations.

Out of 204* participating nations,  126 have announced their Olympic flag-bearers, and 14 of those will be current swimmers. That is a larger roster than any other sport aside from Athletics (track & field), represented by 27 carriers.

*South Sudan and the Netherlands Antilles will send representation, but their athletes will compete as Independent Olympic Athletes.

Among the stars on this list is Zimbabwe’s Kirsty Coventry, who has 7 Olympic medals and is the two-time defending champion in the 200 backstroke. Also of note, Benjamin Hockin will be carrying the flag of Paraguay. Hockin competed for Great Britain at the 2008 Olympics, and received plenty of headlines thereafter when he began competing for Uruguay – without telling FINA or the IOC.

The only other aquatic athlete honored as a flag-bearer, so far, is Malaysia’s Pandelela Rinong.

I love that swimming always starts the morning after OC but it does suck that most swimmers aren’t able to walk or be put up for flag bearer unless they don’t compete until late in the meet.