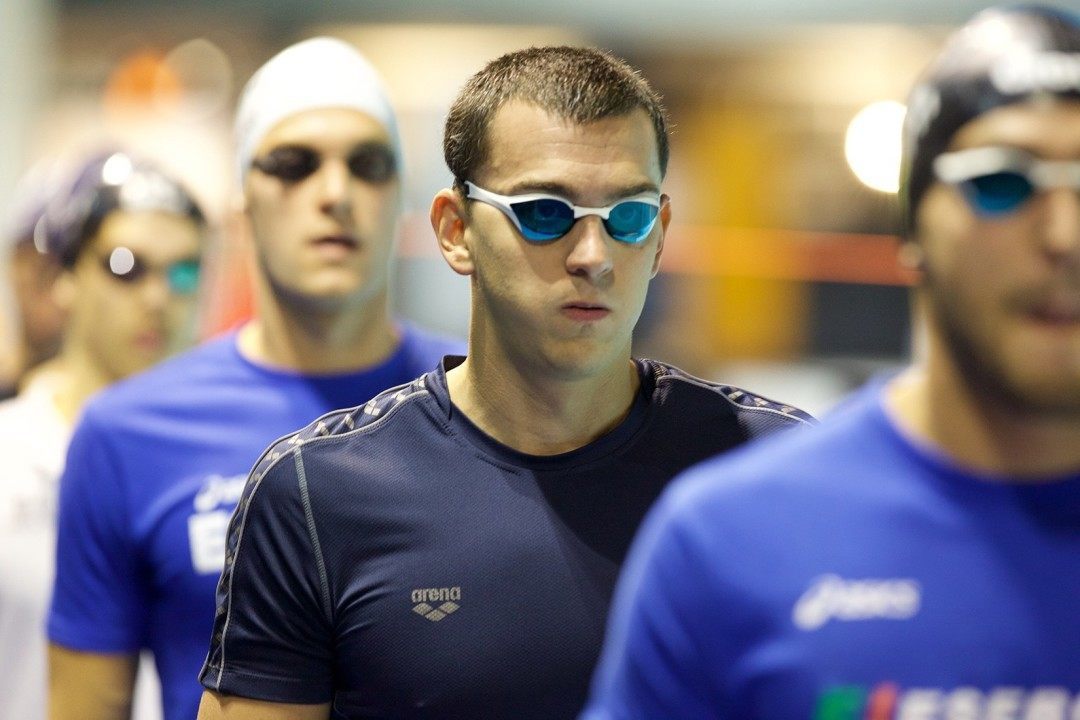 Hungarian Laszlo Cseh has broken another European Record to close his 2015 European Short Course Championships in Netanya, Israel. In the... Archive photo via Rafael Domeyko/Domeyko Photography

Hungarian Laszlo Cseh has broken another European Record to close his 2015 European Short Course Championships in Netanya, Israel. In the final session of competition Sunday, Cseh swam 1:49.00 in the men’s 200 short course meters butterfly, which broke the old European Record of 1:49.46 done by Russia’s Nikolay Skvortsov in the waning weeks of the 2009 supersuit era.

In his post-200 IM video interview, Cseh said that despite his success in that event, the butterflies were still his primary focus going toward the Olympic Games.

He backed that up with this swim that improved his lifetime best by almost two seconds – his previous personal and Hungarian Record was a 1:50.87, though he hasn’t swum it frequently since 2011.

Over the summer, en route to his World title in the 200 fly, Cseh swam 1:53.48 – his best time since the 2008 Olympic Games. His swim from Sunday converts to around a 1:52 in long course meters, which would make him apt competition for the World Record holder Michael Phelps and the defending Olympic Champion Chad le Clos in Rio as the rivalry of two grows to a battle of three for 2016.

is there a link to watch these swims on youtube?

Cool- thanks for the link

Actually, you can go to the LEN website & see them all there in HD: http://www.dailymotion.com/video/x2rpnpu

Israel hosted a good meet. And – after clearing the cache in my browser – was able to see all the events nicely. I suspect others describing streaming problems could have benefited from clearing their caches as well, at least it’s worth a try.

Only discovered clearing the cache today, though.