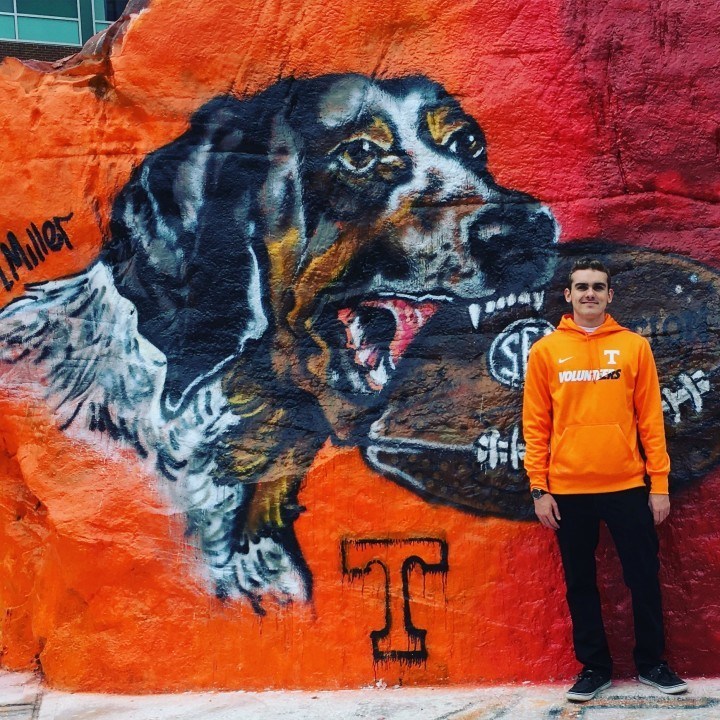 Taylor Abbott, the #13 overall recruit in the class of 2016, has verbally committed to the Tennessee Volunteers. Abbott was... Current photo via Taylor Abbott

Taylor Abbott, the #13 overall recruit in the class of 2016, has verbally committed to the Tennessee Volunteers.

Abbott was a member of the U.S. team for the 2015 World Junior Championships team that traveled to Singapore to compete against the best 18 & under swimmers in the world. He wound up at the top of the U.S. National Junior Team in the 1500 free as a result of his participation at that meet, where he earned a silver medal by placing half-a-second behind Brazilian Brandonn Almeida in 15:16.35.

Those times all came at last winter’s Junior Nationals when Abbott was only 16, making him the 8th-best 15-16 in American history in the 1650.

That’s not even the full extend of why he’s an exciting addition for Tennessee, however. Abbott didn’t swim high school after his sophomore year (he focused on his club training with Nitro in Austin), leaving most of his focus in long course and the longest course: open water. Besides the 1500 meter free, Abbott is also a member of the U.S. National Junior Team in the 10km open water race and traveled in 2014 to compete in the inaugural World Junior Open Water Swimming World Championships, where he came away with gold in the youth boys’ 5km event.

At Tennessee, Abbott will join 2012 U.S. Olympian Alex Meyer (who’s a pro) as part of a growing distance hub led by Tyler Fenwick – one of the top open water coaches in the world. While open water isn’t an NCAA event, Tennessee still provides one of the best collegiate atmosphere for distance specialists both in the pool and in water not bound by lane ropes.

Expect Abbott to qualify for NCAA’s in the 500 and 1650 freestyles as a freshman at least, with national championship scoring in both races well within reach as well if he puts a full-blown season and taper into short course swimming.

How about a shout to his club and club coach? They have worked with him and developed his talent to get him to this level. No, I don’t know what team he swims for or his club coach but just think the article is all about the college team in these articles and no mentioned about his club.

Weirdo, I’m pretty sure the article mentions he swam for Nitro… that’s beside the point though, these articles are meant to discuss a swimmer’s college decision, not the particular successes of the club. Look to other articles for that information.

How are rankings decided for high school recruits? I find it odd that a distance swimmer would be #13 unless the rankings don’t take relay contributions into account. Even the 50th best sprinter could contribute more to a college team on relays than a single individual distance swimmer who doesn’t add to relays.

Don’t get me wrong, I’m not cutting on distance swimmers. Just wondering how the rankings work.

Swimmer,
If you go to the link about being the #13 recruit, it goes thru SwimSwam’s thoughts on ranking. In particular weighting sprinters ahead of distance swimmers, but also factors in how many fast swimmers in each stroke are in the class, ability to score points and how fast the swimmers are to the current NCAA field. The top distance swimmer of the class is ranked 4th in that ranking.

You’re right, a sprinter would be more significant on relays… but Abbott’s impact alone, even in just, say, the 1650 and 500, will be significant on the conference and NCAA level from the gate. Plus, programs really value that the National Team and potential Olympic Team talent that someone of his caliber has. Terrific distance swimmer in both open water and the LC pool that any program would love to have.

Yeah, the 50th best sprinter might be like what, 20.6 and 45? Not gonna make much of a splash at NCAAs or even most big conference meets

Swimmer – our ranking system is explained in greater detail in the linked article, but they put NCAA points at a premium. Sprinters are definitely valued more highly, but a distance swimmer like Abbott with times very close to NCAA scoring range will generally outrank a sprinter who is a great distance from scoring at the national level.